Those out there that choose, against their better judgment, to read these regular posts know that we enjoy taking off-the-beaten-path pieces of data and relative strength charts to show how different markets are evolving and reacting over time. In this installment we want to revisit some charts across the market spectrum we haven’t looked at in a year or more to see if they tell us anything about future market direction.

We’ll try not to bore you with lots of words…so let’s begin with three relative strength charts that use gold price as part of the ratio: S&P 500 price to gold price; dollar index to gold price; and oil price relative to gold. 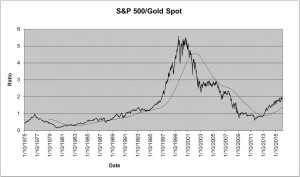 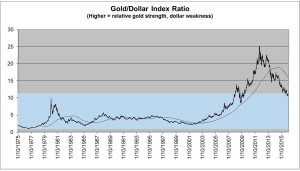 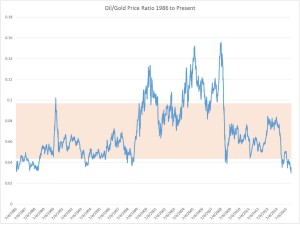 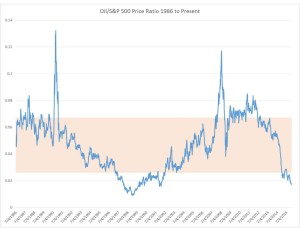 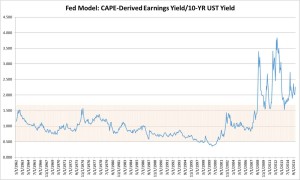